They say that gold is a safe investment because its value rarely depreciates. In Florence, the stability of gold manifests itself in a different form: the Ponte Vecchio. No sight of Florence is more iconic than Ponte Vecchio, the only bridge in Florence that escaped World War II because Hitler, it is said, was in love with it.

We tell you this through the stories of its protagonists, the goldsmiths. For centuries they have lived in symbiosis: goldsmiths, jewellers and Ponte Vecchio. A history of high craftsmanship, precious stones, eternal beauty and unique jewels made as tailor-made clothes. Truly a great story, but enclosed in an even greater story capable of making a purchase on the Ponte Vecchio a true 'experience'. 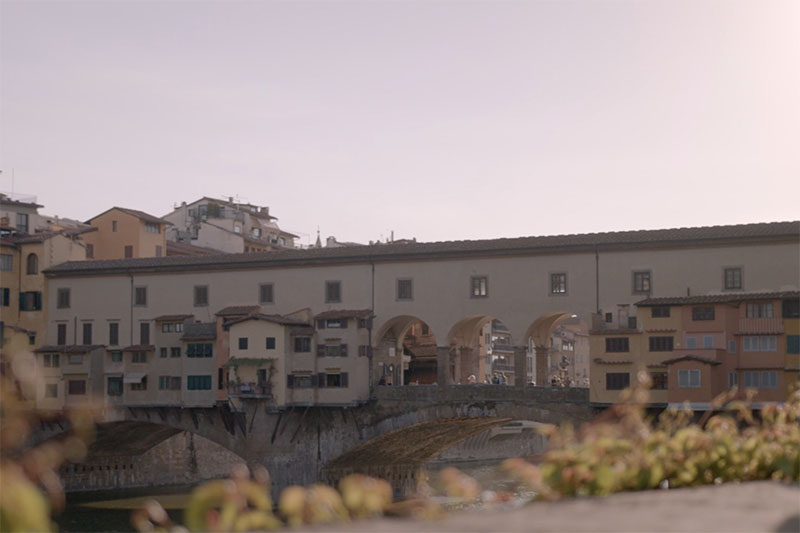 There is no visit to Florence that leaves time for a long walk along the Arno. The Duke of Tuscany, Cosimo I, however, had no time for long walks. He often had to cross the Ponte Vecchio to get to Palazzo Pitti, after he and his wife Eleonora di Toledo decided to live on the other side of the river, in Palazzo Pitti.

So in the middle of the 16th century Cosimo asked Giorgio Vasari to build a corridor (the Vasari Corridor) over the bridge as a covered secret passage between Palazzo Pitti and Palazzo Vecchio, the seat of government. At the time Ponte Vecchio was occupied by butchers and tanneries who threw their scented waste into the Arno.

From butchers to goldsmiths

It was then Ferdinand II, in the seventeenth century, who moved the butchers from the Ponte Vecchio to the Santa Croce district, and brought silversmiths, jewellers, goldsmiths and gold merchants far more suitable for his royal passages. From that moment on, gold and Ponte Vecchio have become a unicum that has remained unchanged until today. 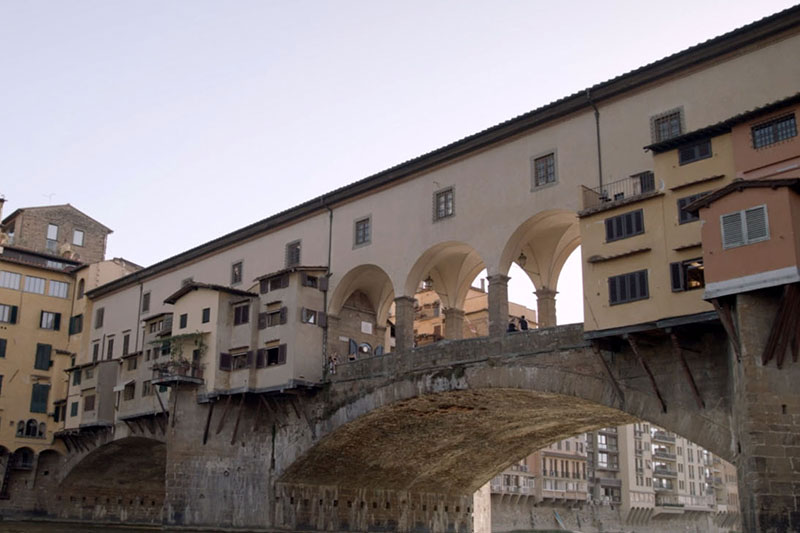 The charm of that irregular shape

Soon the goldsmiths transformed the small laboratory portals into tables, called madielle, on which they displayed their goods. Madielle and workshops became real work and sales spaces, shops handed down from one generation to the next as part of the family heritage. The successful ones, when the need for more space came, even managed to build extensions on the river with external projections, one different from the other. Then they went on to climb vertically as well.

Thus, over the centuries, the jewelers have given the Ponte Vecchio that typical asymmetrical and fascinating look that makes people from all over the world fall in love with Florence at first sight.

Proud and proud to be the heirs of an important and centuries-old tradition, many are children of art, linked to their workshops rather than their homes. In this video they tell anecdotes and passions but also the sensations they feel every morning feeling part of a long history and being among the very few privileged to enjoy the world wonder that is Ponte Vecchio from inside. So, we introduce you to the goldsmiths who have contributed to make this storytelling experience unique and closer to all of us the sublime life on Ponte Vecchio:

FIRENZE MADE IN TUSCANY